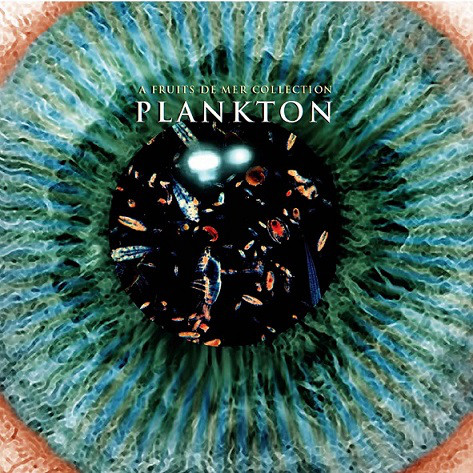 In 2013 Record Collector magazine launched a new series of albums focused on labels they rated as “modern collectibles.” Righty they chose Fruits de Mer as their first release containing remastered selections from the first dozen or so FdM releases, which also happen to be sold out. That LP was only available through Record Collector. Now, three years later, the magazine has given FdM permission to release 300 copies of a CD that includes the same 10 tracks plus a bonus track from The Pretty Things that was originally included as a one-sided 7”. Represented here are bands and musicians who may be familiar to you if you have been following my FdM reviews over the years. I never reviewed these early releases as they pre-dated my introduction to the label. However, if you read my interview with Andy Bracken, he mentions these artists as he talks about FdM's formative years. The first track is an excellent cover of Van der Graaf Generator’s and BBC’s “Theme One” by Schizo Fun Addict from the very first FdM release in 2008. Not only do we have the instrumental, but there is some cool Sci Fi dialog floating around the mix. Track two is Spanish band Stay’s cover of a Strawberry Alarm Clock tune “Rainy Day, Mushroom Pillow.” This cover contains a trippy psychedelic organ and sitar. Track 3 is from the German psych/krautrock masters Vibravoid, who are the primary reason I discovered FdM in the first place. Vibravoid actually appears twice on this album. First with a killer cover of Amon Duul II’s “Eye Shaking King” and then on track 9 a superb cover of Pink Floyd’s “Set the Controls for the Heart of the Sun.” The fourth track features Mellow Candle’s Alison O’Donnell with a very cool and sinister cover of Nick Drake’s “Day Is Done.” In 1971 acid folkster Mark Fry recorded his solo album Dreaming with Alice that included the title track split into separate verses, with each snippet interspersed between the other album tracks. For FdM’s fifth release (2009), the A Side featured the song in its entirety and that appears as track 5 on Plankton. Finnish acid folk duo Us & Them cover Tudor Lodge’s “Home to Stay” for track 6. In typical Us & Them fashion, their cover is a minimal dreamy version. Sidewalk Society from the US West Coast brought their trippy cover of The Bee Gee’s “Red Chair, Fade Away” to FdM in 2010 and this appears as track 7. There is even a sense of Beatle-esque studio trickery ala “Strawberry Fields Forever.” Next we have The Chemistry Set’s fantastic acoustic guitar and Mellotron laced cover of Del Shannon’s psych classic “Silver Birch.” The LP closed with Hausfrauen Experiment’s cover of Brian Eno’s “Baby’s on Fire” that sounds like a techno remix / edit plus analog synths. And the CD closes with The Pretty Things playing “Midnight to Six” live. An excellent introduction to the FdM label and an opportunity to sample music from FdM’s early years that is no longer available.

Venegoni & Co. - Rumore Rosso – Arti e Mestieri's original guitarist, Gigi Venegoni put his own band together and released two albums in '77 and '79, both on the Cramps Label. The first of these was Rumore Rosso, a more...  (1995) » Read more

Dizzy Mystics Send Us a Letter