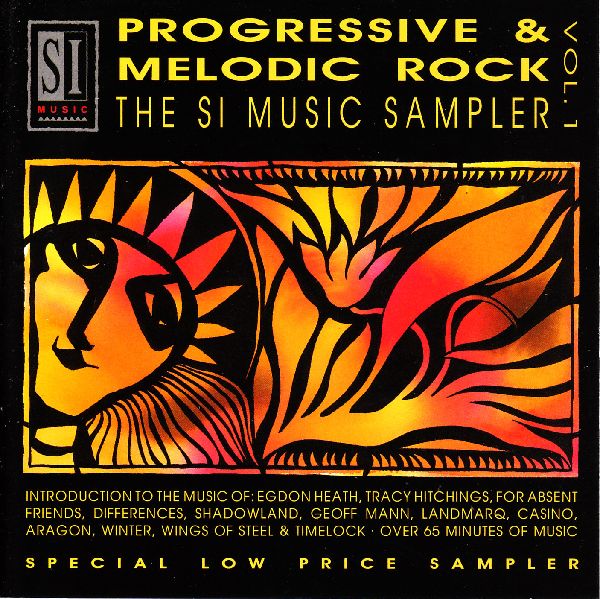 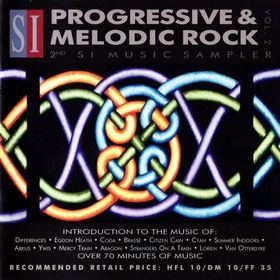 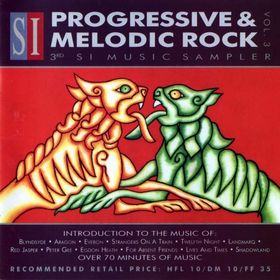 Can you say Neo? Do you enjoy the music of bands like Marillion, Rush, Saga and Tears for Fears? Do Univers Zero, Area, Etron Fou and Il Balletto di Bronzo give you nightmares? If the answer to the last two questions was yes, then these three discs may be just what the doctor ordered!

SI Music is a Dutch label that specializes in music that, while it should indeed be classified as progressive, tends to not stray too far from the mainstream. These bands for the most part play a highly melodic symphonic textured music which, in many ways could be considered derivative of the likes of Saga, any-of-many 80s British neo-progressives (including Pallas, IQ, Marillion and Pendragon), Rush, and post-Gabriel Genesis. For many of the bands, the focus is the singer, and the use of atmospheric keyboard washes with stylish guitars (a la Hackett, Gilmour) overlaid supports those ends well, while less attention seems to be given to the rhythm section, although there are exceptions. What you won't find that much of is stark originality or hot-shot musicianship, yet the music here — if considered for what it really strives to deliver — is probably more effective for it.

The most interesting of the three discs is Volume 2 — it contains a healthy dose of some great reissues that SI has done, plus a sampling of some of the newer artists on the label. Highlights of yesteryear include a smokin' track by Ywis, Aragon's "The Cradle," a section from Coda's classic Sounds of Passion, and a track by the early 80s Arkus from the album 1914. The newer material includes a track by Mercy Train that bears some vague resemblance to Floyd in their final days with Roger Waters. Also here are samplings of Brassé, Citizen Cain, Lorien, Cyan, Strangers on a Train (which features the unique vocals of Tracy Hitchings), and possibly the most mainstream and commercial sounding of all SI artists: Summer Indoors — yet this is one of the least derivative of all the bands on their roster (see review of There's Orangie elsewhere in this issue).

Volume 3 features mainly current artists (almost no reissued material), but instead of a full disc of typical neo-prog, this is where all of the artists that don't quite fit the SI mold have found themselves (as well as many that do). Excellent tracks by Blindsyde, Red Jasper, Lives and Times, a live offering by Twelfth Night, and an eight minute segment of Rocking Horse by Aragon break up less distinct tracks by Everon, For Absent Friends, Peter Gee, and others. Strangers on a Train appears here again, with the track "Dark World" from The Key, Part 2.

Volume 1, which was released well over a year ago, features tracks only from SI's new releases up to that point in time. Offerings from the first albums by Shadowland and Landmarq, two premier British neo-progressives featuring ex-members of Pendragon and the mid-80s graduating class of Quasar respectively. Geoff Mann offers a track from his Second Chants, which seems a little out of place here, plus another track from the one-off "Casino" project, which may have been Geoff's final recording before his passing. Winter, Egdon Heath and a reformed Differences contribute songs, as well as the more mainstream Timelock and Wings of Steel. Tracy Hitchings again graces the disc with a track from her From Ignorance to Ecstasy CD.

These compilation CDs are an excellent value, each is budget priced and contains well over 70 minutes of music. No one artist is on long enough that you tire of them, and these are probably among the best selections from their respective albums. It should be mentioned that the tracks on these three discs (unlike that first SI compilation disc from several years back) are straight off the regular albums by the respective artists.

The Smell of Incense - Of Ullages and Dottles – The passage of time is not always what it seems. Sometimes it crawls interminably and at others it passes in an instant. In the case of The Smell of Incense it is shocking to me that it has been 10...  (2008) » Read more