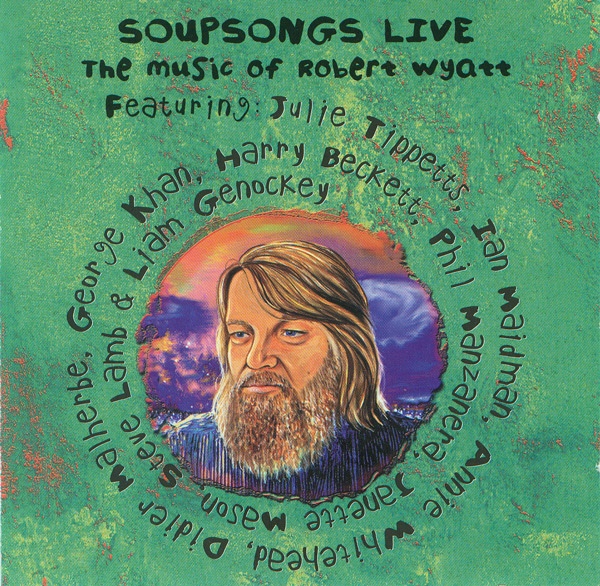 The label has chosen to list this disc under “Various Artists” but that’s an inaccuracy. All the tracks are in fact by the same band: a rhythm section of Liam Genocky and Steve Lamb (drums and bass); Janette Mason on keyboards; Phil Manzanera on guitar; a horn section of Harry Beckett (trumpet), George Khan (saxophones), Didier Malherbe (various wind instruments), and Annie Whitehead (trombone); and vocalists Julie Tippetts and Ian Maidman. But enough nitpicking. However you bill it, this tribute to the songwriting of Robert Wyatt shows the strength of his songs. The band lends a jazzy touch to everything from the silly “The Duchess” to more serious political fare like “Alliance” courtesy of Whitehead’s arrangements. All the instrumentalists get in some great solos – Beckett’s workout in “Left on Man” is amazing – and the vocalists acquit themselves admirably. Maidman turns in a stunning rendition of “Last Will and Testament.” There are too many tasty moments to name them all, and in fact only one spot that makes me reach for the remote, and that’s the last few minutes of “Gharbzadegi,” where the warbling vocals just plain grate on the nerves for too long. But out of a two-disc set, that’s a pretty small drawback. And frankly, any lyricist who name-drops both Einstein and Chomsky is okay by me.