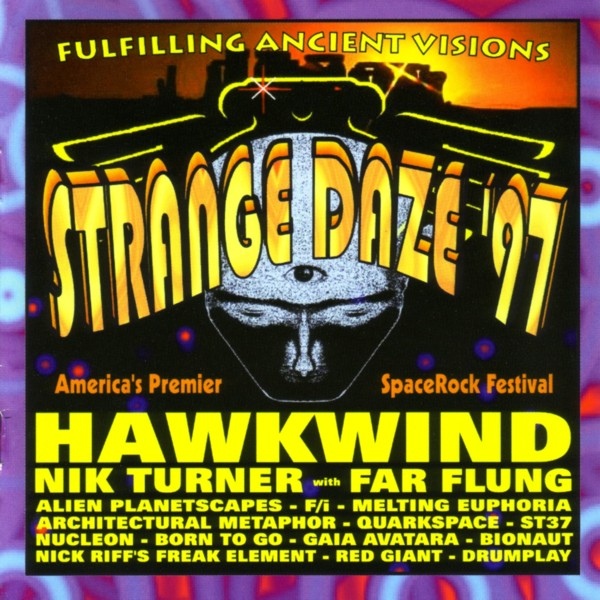 The inaugural event which was covered in Exposé issue 14 is captured here on 2 CDs. If you have any aversion to space rock at all, keep away. The Gaia Avatara, Red Giant, and Nucleon tracks will most likely hold no interest for Exposé readers: They're definitely not prog and arguably not space rock. I'm sure it's difficult to pick just one song from many bands, but ST37 and F/i had much more interesting songs than those chosen. As expected though, Architectural Metaphor is totally soaking in a trippy, hazy, space funk. I like how the Bionaut and Freak Element tracks seem to build into Melting Euphoria's "Celestial Hysteria." Too bad it was followed by Born to Go's "Burning Inside": just awful. Quarkspace's "Faerienot Space" is beautiful. The instrumental tones are so clean and crisp and perfectly chosen. So unusual and refreshing to hear space rock keyboards dominated by piano – even the electronic drums I thought I'd abhor so much sound great. Alien Planetscape's "Soft Martian" rounds off the disc with their intensely freaky psychedelic space rock.

On disc 2, Dave Brock mixed various songs (including some duplicates from disc 1) into an aural collage ". . . as a sort of 'Cosmic Trip'" through the weekend, and on that level it succeeds. If you were there, it's a real nice flashback. However, I'm disappointed that the disc wasn't devoted entirely to Hawkwind and especially Nik Turner/Farflung, the latter making up only three short songs. Programming out the duff tracks from the two disc set leaves us about an hour's worth of good to excellent space rock.