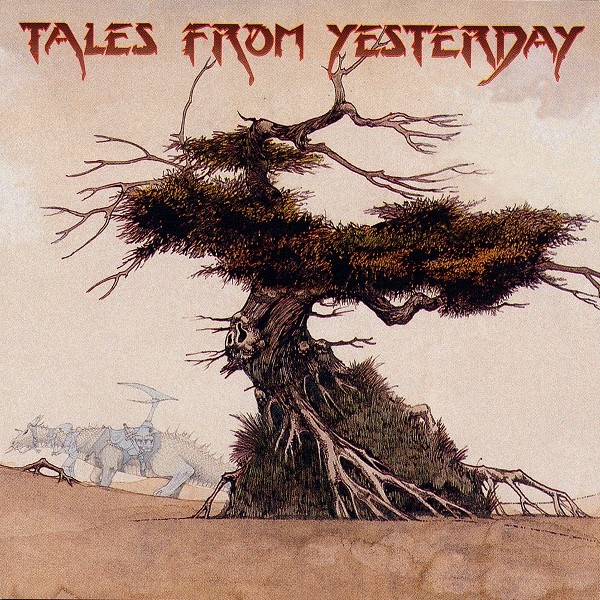 With the blessing of original artwork by Roger Dean and performances included by three Yes alumni, this one contains a little bit of everything – some of the more 'faithful' covers, some that add their own brand of fire to the old material, and a few that take it into totally new directions. In the latter category, you can include all of the Yes people: Moraz delivers a beautiful and emotional solo piano version of "Soon," Steve Howe's guitars team up with Annie Haslam's vocals for a stunning rendition of "Turn of the Century," and Peter Banks' scorching seven minute instrumental take of "Astral Traveler" gives the old song a complete facelift and sends it soaring skyward. Also in the latter category is Robert Berry's rip-rockin rendition of "Roundabout," so original that it was a minute into the song before I knew what it was! Berry, while maintaining Anderson's vocal style, has given the song's rhythm a completely new life.

Adding fire and punch to the originals are Stanley Snail – essentially Mike Keneally and Kevin Gilbert – with a high powered take of "Siberian Khatru," and Billy Sherwood (AKA World Trade) with a warm and majestic version of "Wonderous Stories." Steve Morse's versions of "The Clap" and "Mood for a Day" are pretty faithful to the originals – I'm sure guitar fanatics will hear some differences, but... Cairo's "South Side of the Sky" adds little to the original, but it's a decent enough performance. Shadow Gallery's "Release Release" is delivered with that trademark Magna Carta heavy prog-metal with gated-drums sound, and Mike Baker's vocals add to its originality, at least when he's not trying to sound like a full chorus of Andersons. Magellan's "Don't Kill the Whale" and Enchant's "Changes" suffer from a poor choice of material – like are those two of the worst songs Yes ever recorded or what? Why not "Sound Chaser" for Enchant (I know their drummer could cut it) and maybe "Yours Is No Disgrace" for Magellan, rather than this watered down post Going for the One junk? These, and the closer – "Starship Trooper" by Geronimo Road – Adam Wakeman's group, are the only things on the album that might even be considered substandard, the latter if only for Damian Wilson's wretched vocal treatment, even the younger Wakeman's brilliant keyboard wizardry can't save it. Nonetheless, the strengths of this album outweigh the weaknesses, and this is probably the best of these various-artist tributes that I've heard so far. Recommended.