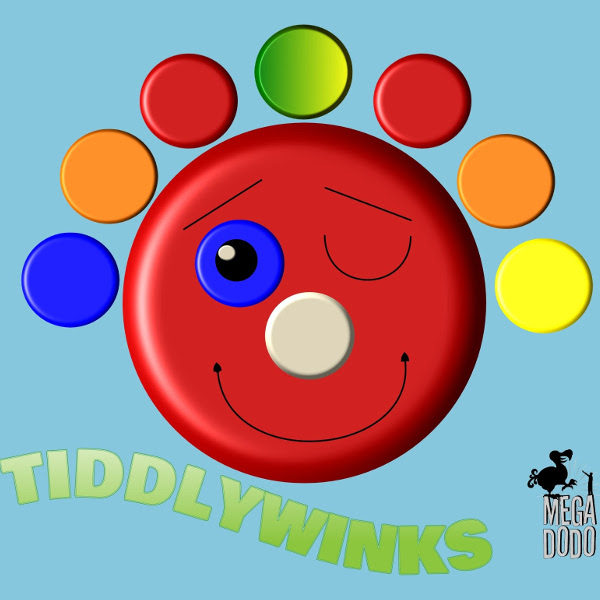 As we get closer to the end of the year and the Christmas season, Mega Dodo Records is releasing a various artists compilation of reimagined nursery rhymes, Tiddlywinks, on December 1, 2017 with all profits going to Save the Children. Even though you will recognize these nursery rhymes from your youth, the majority of the songs are not what you would want to play for children. The songs are far too trippy and psychedelic for kids and some even too dark and sinister, probably causing nightmares instead of a soothing rest. But for adults, these tunes are wonderful! Most of the bands are known to readers of Exposé, so that is also a treat. Beautify Junkyards opens the disc with “The Miller’s Song,” a beautiful and delicate song with acoustic guitar and chimes. Paolo Sala, a new name, presents us with his raga rock treatment of “A Wise Old Owl” complete with tamboura, sitar, and trippy organ. Paisley Sky is up third with their sinister cover of “Here We Go Round the Mulberry Bush,” with chanted voices evoking images of dead leaves and a secret druid ritual. Claude Cambeck, another new name, gives us “Claps and Stamps,” a light-hearted song with some added psychedelic elements. This song could be on a children’s TV show, except for when it turns weird at the end, sounding like the outro to “I Am the Walrus.” Electronic musician Richard Bone presents “Here We Go Looby Loo” that also includes a bit of the “Hokey Pokey.” This is another happy upbeat song with the chorus sung in a round. I believe that all of these songs were written for this compilation except of Us and Them’s exquisite “Julia Dream of All the Pretty Little Horses.” This song, originally released on Fruits de Mer in 2009, is a dreamy medley of the familiar nursery rhyme and Pink Floyd’s “Julia Dream.” Octopus Syng’s “Ladybird, Ladybird” is a lethargic slice of gothic psych and a great lullaby. Then we have a song by Michael Warren and The Hare and the Moon that would fit right in with the story line of Jonathan Strange and Mr. Norrell, “The Land of Nod.” The Land of Nod is not a place where a child would want to travel based on this dark psych song with its sinister view of the realm of faerie. To brighten things up, Icarus Peel gives us his version of “Twinkle, Twinkle Little Star” on acoustic guitar with an underlying drone and some Pink Floyd effects thrown in for good measure. “Mary Had a Little Lamb” with a brand new melody in a psych rock version is courtesy of The Telephones. Then The Luck of Eden Hall with Mark Panick of Razorhouse present an enticing dark acid vision of “One for Sorrow.” Mordecai Smyth’s version of “Oranges and Lemons” is another dark nursery rhyme and is particularly frightening with the lyric “chop off your head.” The disc closes with a track by Sky Picnic, which broke up in 2016 to form Hanford Reach. Their psychedelic jam version of “Jack and Jill” is excellent and with a new melody. So help out Save the Children and grab a copy of this disc for yourself and immerse yourself in these adult nursery rhymes.

All India Radio Has "Time" for You