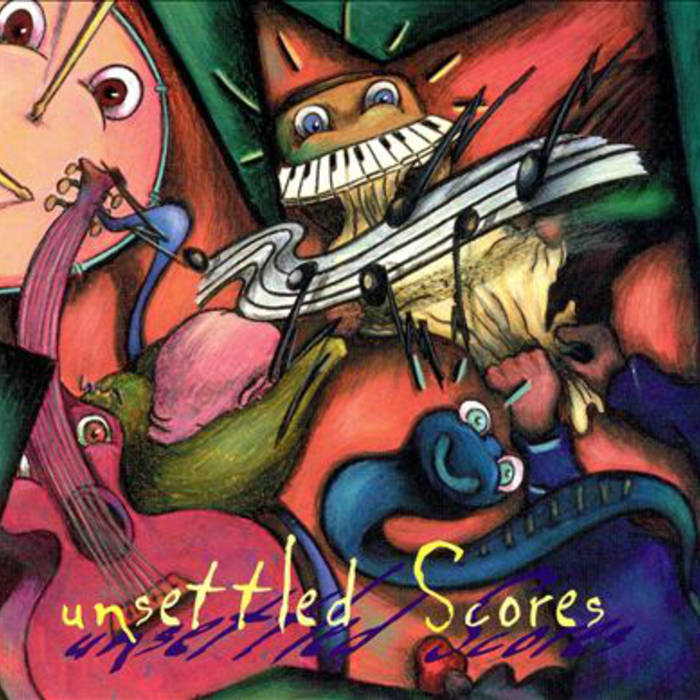 How often is it that one can find a double-CD set where every song is a winner? Most various artist sets will typically have some good, and some not-so-hot stuff, but this long awaited compilation of Cuneiform artists covering other Cuneiform artists defies all those usual rules. Indeed, both discs – clocking in at over an hour each, offer solid performances from beginning to end. Nearly all of the Cuneiform stable is represented here, and then some, either as players or writers, or both. Perhaps it works so well because the material being covered is, in many cases, a powerful influence over the artists who perform it; take, for example, Happy Family's cover of Daniel Denis' "Bulgarian Flying Spirit Dance," or Phil Miller's cover of Hugh Hopper's "Meccano Pelorus," both are natural pairings in the composer / performer sense. Similarly, when Kit and Coco cover a Muffins tune, or Forrest Fang covers Piero Milesi, the resulting interpretation comes off more like a fusion of the styles of both artists. There are exceptions, though: Virgil Moorefield's cover of a grungy Henry Kaiser number, or Philharmonie's version of "Transsiberien" originally by Miriodor are things one might not expect, yet both work remarkably well. There are some real nice surprises here too: Doctor Zero (a lineup featuring members of Doctor Nerve, Univers Zero, and Rascal Reporters) doing "Onde Crepseculaire," a Univers Zero track never recorded or performed, but given new life here. It won't surprise me a bit if this turns up on a lot of people's 'best of '95' list. This may, in fact, be one of the best compilation albums ever recorded.

Five good reasons to buy Unsettled Scores. 1) Doctor Zero, a combination of Univers Zero and Doctor Nerve musicians and their version of "Onde Crepseculaire." Originally penned by Guy Segers for Univers Zero but not released, the track is a testament to the fact that even Univers Zero's rejects were still phenomenal compositions. 2) Remember when Djam Karet were a rock group? Yeah, it has been a while, and this track, recorded just before Chuck Oken left the group, reminds me of how great they were in their heyday. Their cover of Richard Pinhas' "Dedicated to K.C." is every bit as good as the original. 3) Miriodor's "Promenade sous Zéro," not really a "cover" but a medley of Present's "Promenade au Fond d'un Canal" and Univers Zero's "Combat" and "Heatwave." A brilliant little medley played by superb musicians, Miriodor show why they're one of Cuneiform's best. 4) Kit Watkins and Coco Roussel's modern version of the Muffin's "Hobart Got Burned" has at least as much energy as the original and the duo do major justice to an already great piece of music. 5) Happy Family's ripping cover of Daniel Denis "Bulgarian Flying Spirit Dance." Sounds more like Univers Zero than the original did and shows why this may be Cuneiform's best new band of the year. Actually there are 21 other reasons but we didnt't want to dedicate an entire Exposé to what may be one of the most inventive original concept compilations ever released. Bravo, Mr. Feigenbaum!

Various artists compilations don't get much better than this. From what started as a joke four years ago, comes the long-awaited double disc release of Cuneiform artists covering other Cuneiform artists. Kit Watkins does The Muffins, Happy Family does Daniel Denis, Miriodor does a Univers Zero medley, Djam Karet (not technically even a Cuneiform artist) does Pinhas, just two name a few. A whopping 25 tracks appear and almost every single one is a gem. The arrangements differ significantly from the originals, sometimes even changing the moods of the pieces. An old partially-recorded Univers Zero track has been appended with recently recorded parts from Doctor Nerve, resulting in one of the album's most unusual and fascinating tracks. The entire project exemplifies the excellent variety and cutting-edge music of the Cuneiform label as a whole. With each disc topping the one-hour mark, there is so much music here that everyone will certainly have different favorites, but there is undoubtedly something for everyone (unless all you are interested in is symphonic or neo- prog). A remarkable achievement, kudos to Steve Feigenbaum for undetaking what must have been a massive effort. The rewards are evident, and this aptly-titled release speaks for itself. Perhaps the finest various artists compilation of new music to ever hit the scene. The only thing that could have made this better would have been a contribution from Daniel Denis.

III Milenio - Aliança dos Tempos – Here's an example of where vocals can be quite innovative and then subsequently make you wince. The album is obviously a concept album and in the vein of Ange, the vocals are theatrical often being...  (1994) » Read more

Tetragon - Nature – Here is one of those albums revered by collectors, with a pricetag on the original vinyl to match — only 400 copies of this baby were pressed in '71. Yet it's only a fraction of what an earlier...  (1995) » Read more

Phil Manzanera - 50 Minutes Later – Guitarist Phil Manzanera has struck upon the renaissance era of his star-crossed musical career. Together with close longtime friends such as Brian Eno and Robert Wyatt, Manzanera continues to push...  (2007) » Read more

Jacob Fred Jazz Odyssey - Lil' Tae Rides Again – Brian Haas and Reed Mathis are back on board with their first new studio recording in two years. This time out the duo has chosen to emphasize the improvisational aspect of collective live jams. Their...  (2008) » Read more