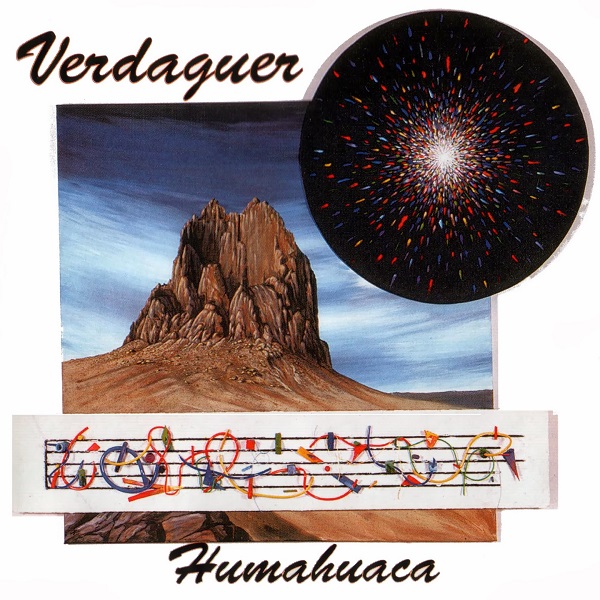 With the recent reissues of the Mia catalog, Aquelarre, Crucis, and others, it seems that a lot of the best Argentinean music from the 70s is coming to light. Willy Verdaguer, while Argentinean by birth, spent most of those years working in Brazil with his group Humahuaca. While most of the music here was written and performed between '76 and '79, it was all re-recorded in '93, and released last year. The music here is a flavorful jazz-rock, injected with symphonics and spiced with rhythmic and flamenco influences, actually not far from the likes of Crucis, but with a bit more local color and unbridled jazz energy. Other points of comparison might be mid-period Kraan or early Transit Express, given the overt penchant for funkiness (as in "Galho de Arruda" or "Jogo da Memoria") and melodic savvy (as with the slower "Montanhas"), maybe even a touch of Banda Elastika. The seven-piece lineup features Verdaguer on bass, plus guitars, drums, keyboards, sax, flute, and percussion. Most of the nine tracks are instrumentals in the five-to-seven minute range, high energy jammers with plenty of sax and flute soloing. The compositions include plenty of hairpin turns and brilliant melodic mood shifts. Three tracks that don't seem to belong: the title track and a bluesy number "Rara Vez" that closes the disc, both vocal tunes sung by guest vocalist and producer Billy Bond, and "Pulomelu," an eleven minute instrumental suite that reminds me more of the Brazilian band Quantum on their self-titled debut than anything else on this album — yet it was that track that caught my ear on the first listen, while the others took an additional play or two to discover. In all, though, this one's a winner, heartily recommended for all fans of high-energy jazz-rock music.