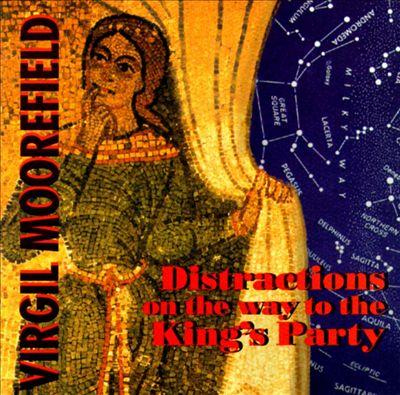 Moorefield was a guitarist (one of many), then drummer, with Glenn Branca's ensemble for many years. This is his first album in a decade and his first for Cuneiform. He plays drums here and did all of the album's compositions and arrangements; his ensemble consists of three guitars, bass guitar, alto and tenor saxes, trumpet and trombone. The music here could best be described as angular rock with a fairly strong jazz and neo-classical content, filled with complex understructures, where the brass and saxes handle most of the melodics (and occasional dissonance, giving a slight Crimsonesque-industrial feel to some of the tunes), while the guitars typically spin a web of looping interwoven arpeggios just under the surface, not unlike those of Fripp's Crafties, yet the end result here is wildly different. Occasionally one or more of the guitars will follow the melody, while the brass plays around in the understructure, essentially trading places. Meanwhile, Moorefield and bassest Hideki Kato are busy at the bottom end defining frames and offering undercurrents that ripple all the way to the surface. I've listened to this album fifty times if I've listened to it once, and each time some new element within the music reveals itself to me, especially on the more uptempo tracks like "Healing Power," "Seelisberg," and "Untitled." "Funk Trouble" offers some instant appeal with an almost-familiar refrain, punctuated by several improvised free-jazz-funk variations. "Noise is the Price We Pay for Signal" erupts with a clear reminiscence of Starless period Crimson, with the saxes and horns wandering in a firestorm of noisy dissonance, later joined by the guitars, while the drums and bass riff furiously behind it all - this may well be the album's most challenging track, as things only seem to come together briefly near the end. "Summer Walk" is another exception, perhaps the track that best exemplifies the neo-classical influences here. All taken, this is an outstanding release that I'm sure many would enjoy, one which will certainly be among my top ten picks for 1994.