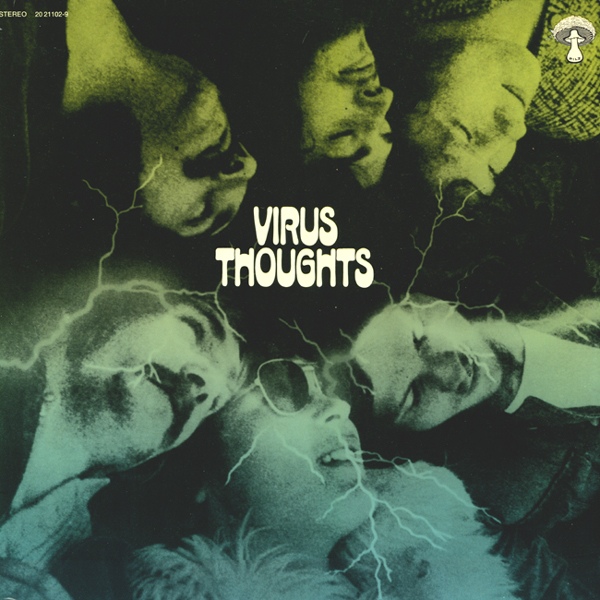 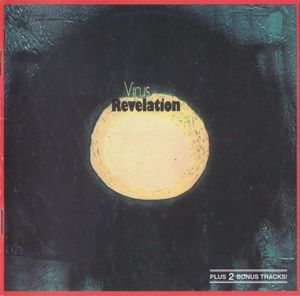 Virus began as one of the most powerful proponents of German psychedelic rock in the early 70s, formed after some changes in their previous band Man’s World (departure of their bassist and finding a suitable replacement) the band rechristened themselves Virus. The lineup for their debut single “Confusion” / “Facts of Death” (included on the Revelation CD) and their first album Revelation included bass guitarist Reinhold Spiegenfeld, drummer Wolfgang “Dicken” Rieke, Bernd “Molle” Hohmann on flute and vocals, organist Jörg-Dieter Krahe, and guitarist Werner “Schorty” Monka. Launching with the twelve-minute title track, which includes a solid instrumental interpretation of The Stones’ “Paint It Black,” their mostly instrumental sound was honed from hard rock influences of the times as well as the more explorative psychedelic sounds of the day (in fact the closing minutes of “Endless Game” are so close to the ending of Pink Floyd’s “Saucerful of Secrets,” the listener might be confused about the minor differences). After a full album side of instrumental cuts, the second side of the original LP starts with the bluesy, Hendrix-influenced “Burning Candle,” introducing Hohmann’s vocal power nicely, and a chaotic instrumental frenzy at the end. All of five of the excellent album cuts are group compositions, and show the tight and professional approach of a band with many more years of experience together than Virus had at the time. The ten-plus minute “Hungry Loser” begins with a more melancholic approach, again with vocals, though eventually building to a powerful instrumental climax in the last five minutes. The closer “Nur Noch Zwei Lichtjahre” take us back into extremely psychedelic paths, not unlike parts of Pink Floyd’s Ummagumma, borne of improvisation with spoken German text.

Shortly after the release of Revelation, there was a rift within the band, allegedly over drug use among other things, which led to the departure of Monka, Spiegenfeld, and Hohmann – three fifths of the band leaving at once, going on to form the band Weed, which released one album with an unforgettable cover. Meanwhile Rieke and Krahe were left to form a new Virus, which was still under contract for a second album.

Four new members were brought in, which included Bernd Rösner on guitar, Alex Nieling on congas and drums, Werner Vogt and Jürgen Schäffer, both covering bass and vocals. As one migt expect, the virus of Thoughts is very different from the earlier version of the band, now more succinct and song oriented, and perhaps more progressive, with less of the explorational improvisation, but taken on its own merit it’s an excellent effort. Vogt entered the band with a small cache of compositions more or less ready to go, written with lyricist Gerd Rübenstrunk, which the band then arranged as a group, forming the ten tracks on the second album. First and foremost among those is the album opener “King Heroin,” also released as a single, with a great jam staring at about the two-minute mark and carrying through most of the song’s five-plus minutes. Rösner brings in a more flashy guitar style than his predecessor, but on the new material it’s a perfect fit. “Mankind, Where Did You Go To?” takes on a more progressive style, with vocal harmonies from both Schäffer and Vogt. These first two cuts are worth the price of admission alone, but the remainder of the album is equally solid, though one will not recognize the sound compared to their debut. Better or worse? You be the judge, but both albums are essential listening. Tacked onto the end are the two cuts from the ’71 Pilz label compilation Heavy Christmas: “Mary Meets Tarzan” and “X-Mas Submarine,” an album they share with Dies Irae, Ardo Bombec, Joy Unlimited, Flute and Voice, and others. Both of these releases share the same band name, both released in 1971, both very different, but equally essential.