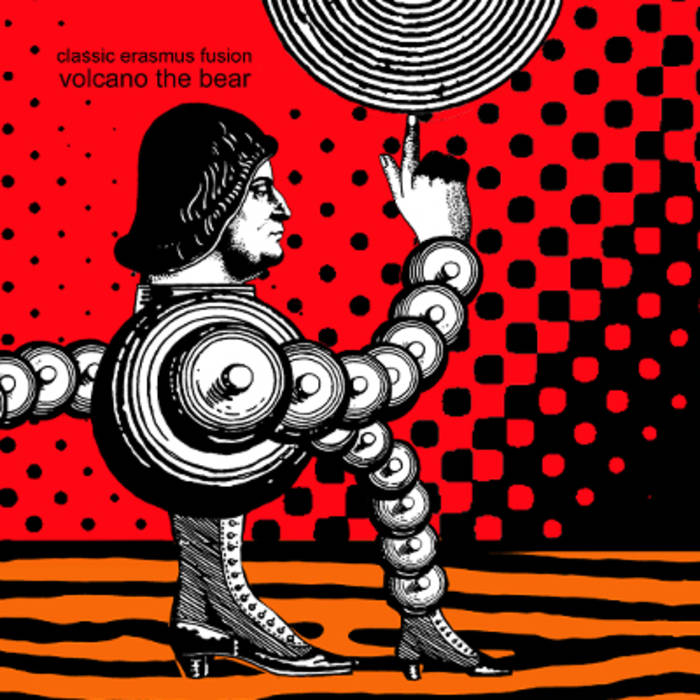 If you thought the weird bits of Ummagumma weren’t weird enough, have I got a band for you. We’re mostly out in Residents territory, only with a psychedelic edge, and you can have a little Nurse with Wound as well. Not much dancing in this house. It seems to consist of improvisation, sound manipulation (probably before, during, and after the fact), and a wide array of instruments lying around just in case someone feels an urge. Horns, strings, percussion, noisemakers, and pieces fallen off alien spacecraft (for all I can tell) make appearances. There are even a few vocal tracks, sometimes with singing, sometimes chanting, sometimes screaming – at least I think that’s what I heard. You can never be too sure with an album like this. The second disc of this set approaches more band-oriented sounds, and contains most of the recognizable songs. There are also similarities with the more experimental German bands of the 70s: Faust-heads take note. The band has also conveniently provided a rest stop along the way, twelve minutes of sparse acoustic (I think) droning in case you need a potty break. You an also get it in a 2LP version, which is said to feature different mixes all round. Now where did that Pict go? I know he was around here somewhere.