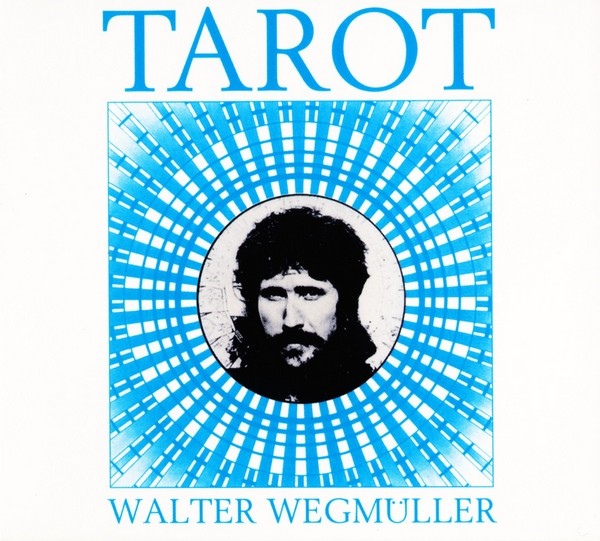 From 1968 to 1974 the Swiss Gypsy Walter Wegmüller and Austrian writer and story-teller Sergius Golowin traveled Europe in search of gypsy legends. In 1973 they collaborated on a series of Tarot cards that related the stories and art of the folk tales they had learned. Then with the help of Germany's "Cosmic Couriers": Klaus Schulze, Manuel Göttsching, and Hartmut Enke (from Ash Ra Tempel), Harald Grosskopf, Jerry Berkers, and Jurgen Dollase (from symphonic rock band Wallenstein) and cosmic folkie Walter Westrupp, they created a kaleidoscopic masterpiece called Tarot. Tarot is a musical tapestry that intertwines elements of all styles. There are delicate folk melodies, powerful rock rhythms. soaring electric guitar and layers of keyboards and electronics, all sequenced into an organic collage of colorful melodies and strange sounds. It has recently been re-issued in a limited edition, deluxe box set with the original 78 full color cards, historical libretto and elaborate double disc digi-pak. The materials are translated into German, French and English. Together with the music they embody the mystical spirit that has been a constant thread running through music and legends for centuries. The album was originally released by Germany's OHR Music Productions, one of the very first European independent labels. And while the "independent" scene has fractured and turned dark today, the "cosmic" act of creation that gave birth to this album remains. It is still a unique and magical listening experience.