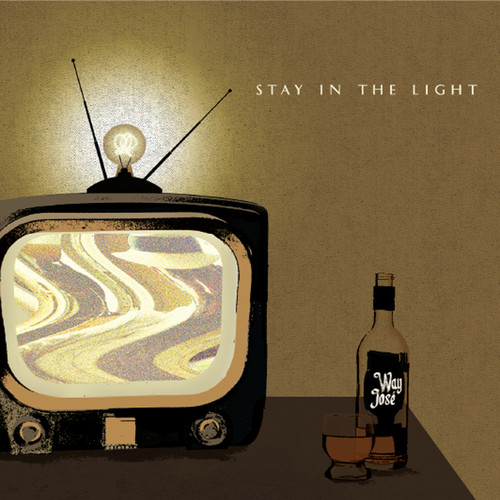 Stay in the Light is an interesting EP of five songs from San Francisco multi-instrumentalist Daniel DeMento. Daniel styles himself as a psychedelic independent rock artist, but for me he is more of a singer songwriter who has incorporated psych, rock, and other elements into his music. Actually this short EP, 17 minutes, is a smorgasbord of styles that make it difficult to get a handle on what he is trying to achieve musically. The opening song, “Buck,” is a funky pseudo-hip hop pseudo-rap song with horns, bass, drums, and keys that is quite similar to some of the material on Santana’s Supernatural. Then there is an abrupt shift in style as the title track begins. “Stay in the Light” is a mournful song with acoustic guitar, bells, viola or cello, and female vocals. There is a slight Spanish guitar flavor. But it takes some time to build and with its 2 ½ minute length, it is over just as you begin to figure out what is going on. The third song, “The Humbling Hum,” is another acoustic guitar song and really the only progressive style song on the disc. Then we have another major shift in style with the fourth song “Broken.” “Broken” is basically a narrative ala William S. Burroughs over an ambient jazzy background that is almost on the edge of consciousness. Half way through, the tempo picks up to incorporate some elements of Chicago and It’s a Beautiful Day. And a final musical shift with the last song “The Wind Came Up”: it initially sounds like a Jorge Reyes track with bone rattles, bells, singing bowls, and female chants, which then morphs into dark folk territory. Each song stands on its own merits. But the sheer diversity of styles on a 17-minute EP is too much to appeal to most listeners. It would have been better if Daniel had focused on a particular style or genre and explored it further.

Dashiell Hedayat - Obsolete – Aahhhh! Here's another Gong album no one seems to know about, as this is basically Gong plus poet/musician Dashiell Hedayat (otherwise known as Melmoth). Evidently the lyrical content (especially on...  (1993) » Read more