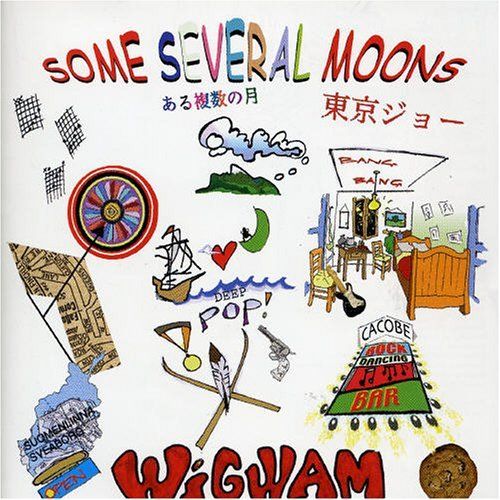 Jim Pembroke and Wigwam were one of those acts who occupied a welcome place between rock and progressive music in Finland. Pembroke’s songwriting style is an easy match to much of Nektar’s mid-period material (circa Down to Earth) as his lyrical phrasing and songwriting structure fit standard rock and roll features with the odd frill here and there. Guitarist Pekka Rechart is the soul of sorts for the band, having been present through many line-up changes and is a strong fit as his solo fills grace power ballads like “Sandpainting” and “Bow Lane.” The quintet rocks it up a bit on “Kabul Grill” with some heavy riffs while “Cloudy Dreams” matches up to the long format the group built their European base upon in the 70s. Rechart gets to stretch a bit in the midsection imposed over an evolving theme with Olli Kari on marimba. “Squaw Valley Non-event” is Pembroke’s recited intro leading into a band memory in the US mountain ski-resort. The subtle use of Mellotron and strong band delivery make this song the most memorable on the disc. “Tokyo Joe” and “Banging on the Ceiling” actually remind me of Dave Lambert’s songs circa Strawbs Deep Cuts or Burning for You. Closing out the collection of ten pieces is “Cacobe Bar Two-step” where Pembroke evokes a smoky burlesque mood backed by accordion and harmonica. Wigwam were never a huge force with the prog rock community but it’s still good to hear a clever batch of well crafted and executed pieces which fit into the band’s catalog like an old silk glove.