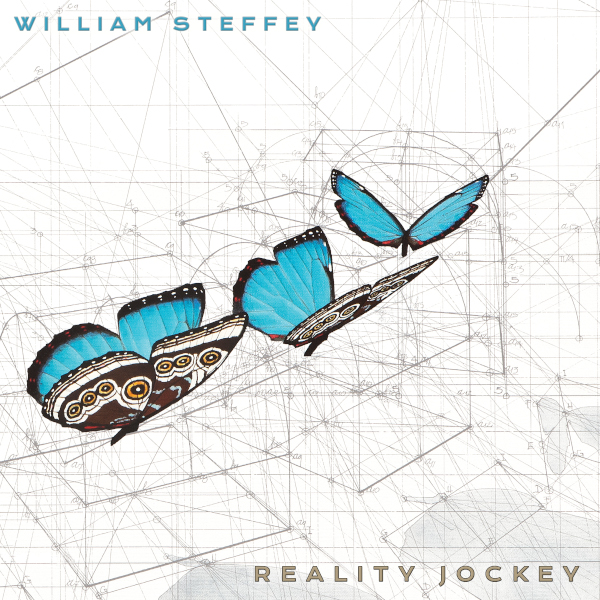 When I first heard William Steffey’s Reality Jockey, his name didn’t ring a bell, but that’s not because I’d never heard his music before. He was in the band Boolean Knife, which I wrote about a few years ago. I really liked the band’s music, which was a smart take on what is often called “power pop,” but on this solo album, he’s moved into a somewhat different area, though the catchy melodies and clever lyrics are definitely still present, just presented in a new setting. Reality Jockey gives us 11 tracks of sophisticated music which incorporates a number of flavors. Several songs could readily be called rock, and resemble the sound of Boolean Knife (and by extension, such bands as Teenage Fanclub), but others rely more on synthesizers and programmed percussion, and others feature more extensive orchestration with horns and other instruments — I have been unable to find credits that detail the players or even if the instruments are real or simulated. Certainly if they’re not real, they are very well done fakes. Every song has a distinctive sound: “Decidedly Blue” leans towards jazz with acoustic bass and a horn section; “Rise” is a lovely instrumental interlude with percussion backing what sounds like harmonium and Mellotron; “Shangri-La” is a techno-pop gem; “Lamppost on Sawyer” is another instrumental, this one with detuned piano, cello, and synth arpeggios, very moody; “Clothes of the Devil” is a lovely acoustic tune backed by acoustic guitar with brass and woodwinds. The lyrics are full of wonderful phrases that don’t give up their meaning easily. I’m reminded at times of other songwriters like Lonny Ziblat, David Yazbek, Samuel Andreyev, and even Andy Partridge or Mike Keneally. Smart music for smart people!