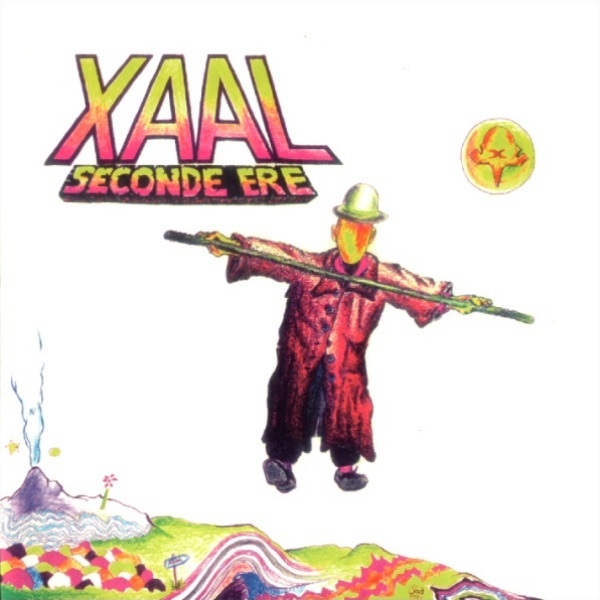 Finally, the long overdue second Xaal disc that almost never materialized, and were it not for the persistence of Bernard Gueffier and others at Musea, it could have remained in the vaults forever. Fans of the first CD (1992's En Chemin) will not be disappointed, as the style remains essentially intact, albeit more intense and enveloping. Fans of their 1990 cassette release will also be pleased at the reworking of "Piège," one of that album's best tracks. The core of the lineup remains the same: guitar, bass, and drums, with synths added by drummer Patrick Boileau and guitarist Jad Ayache, with guest saxes and trumpet involved where required. The album opens with a very tense "Ràh," a nine minute monster that rises slowly, stretches, and finally destroys everything within ears' reach. "Al Abad" is an eleven minute journey across north Africa, with its Arabic themes and lighter improvised/acoustic feel – bassist Nicolas Neimer playing an acoustic bass instead of his usual punchy Magma styled electric fretless, and soloing on soprano sax followed up by a blistering solo by Ayache, while "Jamais Tranquille" may in fact remind of "Talisman" on the last album, with Neimer offering a very fluid bass solo at the beginning, recalling Weidorje's self-titled album, before launching full throttle into a rippin' guitar jam. But perhaps the album's gems are tracks four and five, the aforementioned "Piège," and "Force," which uses synthesizer liberally, showing the band moving into some new territory, and closing the album nicely. In short, this is everything one could have hoped for, based on the strengths of their earlier releases. Highly recommended.