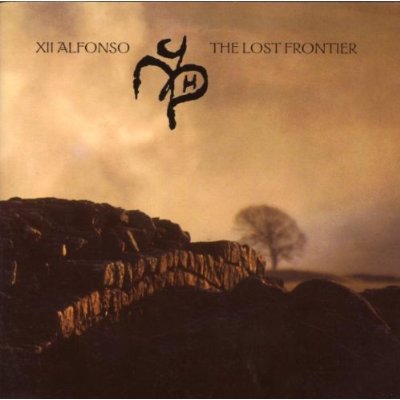 XII Alfonso is a French band whose debut release The Lost Frontier is a concept album about Hadrian’s Wall. Similar to Musea’s other Celtic inspired band Kadwaladyr, XII Alfonso weaves a cinematic tapestry of ambient sounds and contemporary, Celtic, and medieval themes. Mostly instrumental, the music is relaxing and perfectly played at times reminding me of Anthony Phillips. Unfortunately XII Alfonso chose to include three vocal tracks by Caroline Lafue that detract from the music. Her voice does not have the depth necessary to deliver the lyrics and she occasionally slurs words. That minor gripe aside, The Lost Frontier is the perfect companion to snuggle up with in a blanket and a good book. Or you can close your eyes, let your mind drift with the music, and conjure your own “documentary” images of Hadrian’s Wall.

It's unclear from the booklet notes what actually constitutes the band proper, but it seems to be centered around two brothers François and Philippe Claerhout, on keyboard programming and guitars respectively, and keyboardist Stephane Merlin. Two bassists play on different songs, as well as two different drummers, while Caroline LaFue seems to be the de-facto lead vocalist, although she only appears on a few tracks. Laure Oltra contributes lyrics on those tracks which have them, although better than half of the album is instrumental. The music could be characterized as dreamy Celtic symphonic, perhaps a bit like Iona meets Minimum Vital, with heavy atmospherics, and a slight Oldfield-ian feel throughout many of the pieces. LaFue is a powerful singer, and certainly brightens up the music whenever she is utilized. The guest list is pretty impressive too: Mickey Simmonds (ex-Fish / Camel) contributes to several tracks, and guitarist Dan Ar Bras contributes to at least one. In all this is a fairly ambitious and successful debut, one that I'm certain most will enjoy.

Kennelmus - Folkstone Prism – Something of a last gasp for psychedelia, this Phoenix quartet’s self-released 1971 debut proved to be their sole vinyl offering. Though originally conceived as a rock opera, most of the...  (1999) » Read more

Marcœur - m,a,r, et cœur comme cœur – One might suspect from the unusual title that this is not your usual fare. Indeed, Albert Marcœur is not your run-of-the-mill progressive rock musician, and while this writer can’t claim...  (1999) » Read more

Steve Hackett - Live Archive 70, 80, 90's – Since Steve Hackett walked away from the Genesis rainbow, it's been a well-kept secret to fans that his live shows carried forward the finesse of that group. Adding further proof is a new four CD...  (2002) » Read more