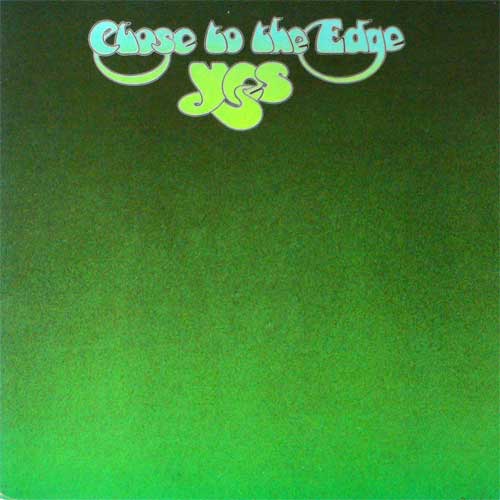 If Rock Bottom was the hipster choice, this one might be the antichoice, or it is because I don't rate Topographic Oceans at all. It's interesting to see this album finally see its day, I believe it was voted the #1 Progressive Rock album by Prog magazine recently. My first Yes album as a teenager was Classic Yes, which a friend loaned me and from the get go "And You and I" has always been one of my all time favorite pieces of music and I had already played this album absolutely to death by the time I was 17. Ever since then I pull it out maybe once a year or two, because I have it practically memorized. When it comes to symphonic progressive rock, I think if you check this and most of the long forms from the previous two albums you have something of a real canon of the genre. These days I probably gravitate a bit earlier, specifically The Yes Album era where they were a lot less polished and full of energy and vigor. But this one will always be their true masterpiece. Like Ommadawn or Rubycon I don't need to listen to it much at this point, but in my own personal memory arena this flutters from the ceiling like a retired jersey.

Heart - Little Queen, Dog & Butterfly, Bebe le Strange – Out of the Pacific Northwest, the two rockin' sisters Ann and Nancy Wilson and their band hit American radios in early '76 with "Crazy on You" and "Magic Man," two hits with a sound that combined an...  (2004) » Read more