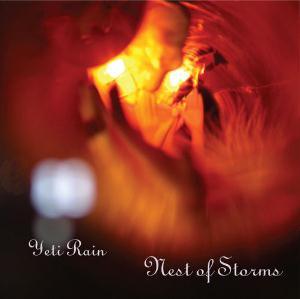 Subverted expectations are always a refreshing experience in music. In the case of bassist William Kopecky and sax artist Roger Ebner, the subversion is expected. Nest of Storms opens with “Aa,” a piece that, despite its instruments of origination, sounds for all the world like some rather expert singing by humpback whales. While not always pacific, the six pieces which follow show Nest of Storms to be more interested in timbre, a suspended soundstage and a tradition honoring the primacy of sound: one dating farther back than the still exemplary Guitar Solos by Fred Frith. That notion of extracting sounds not intended by the instrument’s design has exploded far beyond attaching alligator clips, bolts and pieces of mirror to embrace an array of processing and modifying technologies that put the old Mutron Bi-Phase to shame. Extensive enough for processing to become an instrument in its own right. Where Nest of Storms fits in this company is a little hard to say. As adventurous and fluid as the work is, eschewing structural concerns in favor of timbral profundity in ways that evoke a broad range of emotional tenor, there is still a limiting factor to the sources that sounds, like it needs more thought before the whole can become as articulate as extant works by Frith, or Toop, or Fripp – as Annie Dillard might say, teaching a stone to talk. Still, the music improvised here is legitimately part of the work gratefully hastening the collapse of “ambient” as a usable term.