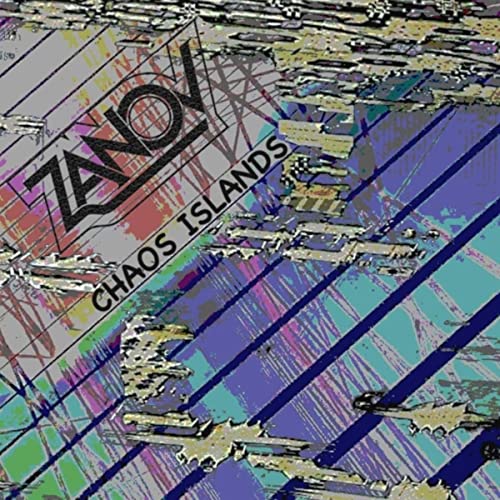 Releasing his first album, Green Ray, in 1977, French synthesist Zanov (aka Pierre Salkazanov) created his sounds using typical tools of the period: ARP 2600, the VCS 3, the RMI, PS 3300, and similar, making somewhat of a Berlin school hybrid combined with more symphonic sounds typical of artists like Vangelis. That opening statement was a stunning debut, released on the major label Polydor, and he was able to record his sophomore effort, Moebius 256 301, the same year and release at the end of 1977, again on Polydor. By his third album’s release in 1983 on the Solaris label, a lot of time had passed, and that same year he started work on a fourth album, but ended taking a break instead – for thirty years in fact! In 2014 he finally released his long awaited fourth album, Virtual Future, armed with some additional equipment. Open Worlds followed in 2016, and the album at hand, Chaos Islands, released in 2020, is his sixth overall, the third from his second wind, the three released on his own private Zanov Music label. The new album contains seven tracks in the six to eight minute range (his first album had only three, one taking a full album side), but other than that detail, his style has remained entirely intact for well over forty years, encompassing a similar vision and evolution, staying true to what came before (and to be fair I have only heard the first two from ‘77 and this latest one, there may have been some detours through the years), anyone who appreciated Zanov’s early work will be right at home with Chaos Islands, the seven cuts inspired by various concepts of chaos theory, each track representing one island, some seemingly informed by classical ideas, others leaning more toward pure electronic abstractions. Overall, the album is evocative and expansive, the sounds bringing forth a spirited and emotional resonance, play after play. Listening to his first album and this one back-to-back, it's clear that Zanov hasn't lost his original vision over all the years.