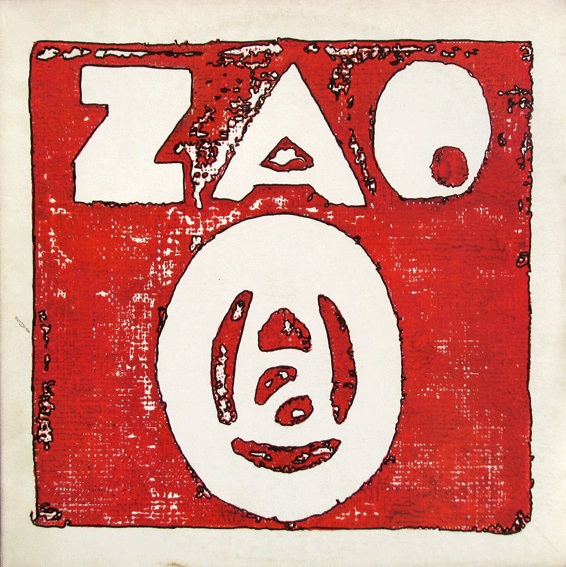 It appears that Musea is reissuing Zao’s albums at the rate of one per year. This year they present Z=7L, the debut album by this Magma offshoot. While strongly rooted in the zeuhl tradition of Magma, Yochk’o Seffer and Francois Cahen brought forth their unique musical vision in this 1973 release. They wanted to give the band’s music an original color by integrating the most particular of instruments, the human voice. Mauricia Platon’s wordless vocals go beyond Magma and are a perfect accompaniment to Zao’s singular form of jazz. Her voice, Jean-Yves Rigaud’s violin, and Seffer’s soprano sax intertwine through a complex matrix of rhythm and sound. At times the music and singing are dark and aggressive like Magma and later Shub Niggurath. At others it is light and airy. As with most Musea releases there are extensive liner notes in both French and English plus color photos of Zao in concert. And of course the original artwork is faithfully reproduced. All making for a value added package over the original vinyl release. This is an excellent album and the music is as fresh today as it was 20 years ago. At 36 minutes it is all too short. Couldn’t Musea have found some unreleased bonus material to flesh out the CD?

For those not familiar with Zao, they were the first true Magma spin-off band, formed by reedsman Yochk'o Seffer and pianist Francois "Faton" Cahen, at a time when their creative role within that band was diminishing and all the writing duties were being taken over by Christian Vander... another long story for another long day, but as a result, in late 1972, Zao was born. They were joined by drummer Jean-My Truong, ex-of Perception (Seffer's pre-Magma band) and bassist Joel Dugrenot, who had previously played with Alain Markusfeld and others. Jazz vocalist Mauricia Platon was added to that original lineup, and finally violinist Jean-Yves Rigaud rounded the band out as a six piece. This CD reissues Zao's maiden voyage, a trip back into the heyday of French progressive rock. Zao's sound could be described as a mixture of rock and jazz styling, mixed with touches of folk and classical, all with an overt influence from early Magma, naturally, because up until that time Seffer and Cahen were themselves a part of developing that unique style that later was to become "zeuhl." This first album is most unique among the five albums that Zao would produce, mainly due to Platon's crystal clear fluid voice, with incredible range and emotion delivered throughout. There are no lyrics as such, she scats her way (if you could call it that) through the album's six tracks. The sound behind her is a group effort, with saxes often acting as the vocal mimic and counterpoint, or alternately driving the band while electric piano and violin fill out the center strata and the bass and drums stay busy at the bottom. There is plenty of space in the music for improvisation at all levels, and Zao are the masters of that craft, as evidenced on spirited and energetic tracks like "Ronach" and "Atart." It doesn't get much better than this, folks!

Baku Llama - Eris – Eris is the debut release by this Southern California based trio, oft given to systematic discoveries in the rockier terrains of what one might call soundtrack music. Their vision is rooted in...  (2008) » Read more

Trem do Futuro - Trem do Futuro – If I'd had the chance to hear it last year, this would have been among my top 10 of '95. The six men that make up Trem do Futuro have a wonderous gift for melody and arrangement that any...  (1997) » Read more

Christian Vander - Korusz – The driving force behind Magma’s music has always been the spirited drumming of Christian Vander, a very controlled yet complex jazz-infected rock style that supports the spiritual and powerful...  (2001) » Read more