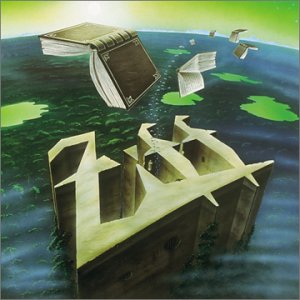 This is the first release I've heard on Musea's new side-label Angular Records, so it's too soon to predict what the 'sound' of the label will be, but for this release at least, fans of Rush, Saga, Jadis, and neo-prog in general should take note. Ziff is a German four-piece, g/b/k/d with guitarist Achim Fricke handling the lead vocal chores capably. The lyrics are – with the exception of one song – in English, and although a slight accent is to be heard, it's nothing that will detract from the overall statement. My only minor gripe would be that there are too many lyrics, and not enough purely musical breaks. Over the course of a 72 minute disc (yeah, that's too long, also) it tends to wear down the appreciation. Musically, they are comparable to many neo bands, an accessible combination of catchy melodies and changing rhythms, all drenched in gobs of keyboards. The rhythm section doesn't draw much attention to itself (it would no-doubt fail the Borella complexity test!), but it does support the keys and guitar well, in turn offering their support for the vocals. Occasionally there are some senseless rhythmic changes that serve no purpose and seem a bit awkward (the mess near the end of "Crash Kids" being one case in point), but for the most part they've got their compositions under control. A promising first effort that fans of Jadis, Pallas, and similarly styled bands should be able to appreciate.