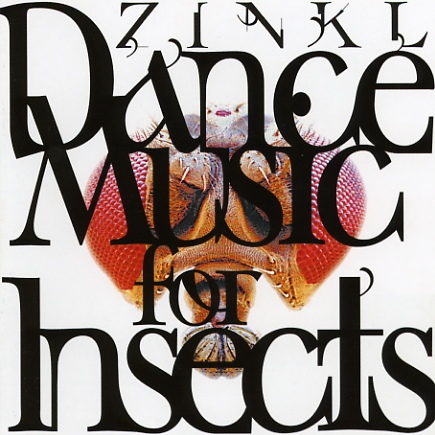 Electronic composer Anton Zinkl is now up to his sixth album, the first I’ve heard. If it’s any indication, I’ve been missing something pretty interesting. On his web site, Zinkl lists Gentle Giant and Béla Bartók as influences, and I’m just guessing, but I’d say that’s a little unusual in the field of electronic music. Much of Dance Music for Insects distinguishes itself from the majority of electronic music by not really relying on synthesizer sounds. Organs of various stripes, distorted samples of uncertain origin, Mellotron, and marimba-like percussive sounds abound, and at times I could swear there’s an electric guitar. The music does have a highly polyphonic nature, consisting of melodies and countermelodies rather than grooves and repeated short motifs like virtually all electronica, a factor which can easily be related to the progressive and Twentieth Century classical influences. The rhythm parts are constructed in large part of clicking and skritching noises that sound as if they could have been made by insects. Every piece is full of catchy melodies and unexpected twists, from dissonant stabs to sublime beauty. While I think this CD would make a great soundtrack to a documentary on insects, it can easily be enjoyed in its own right. If I had to pick a favorite, it would be “Ant Hannibal” with its sections of heavy “guitar” and contrasting interludes for music box and ethereal organ. I’ve often wondered how best the esthetics of classic art rock could be applied to electronic music, and in Zinkl I’ve found at least one answer.