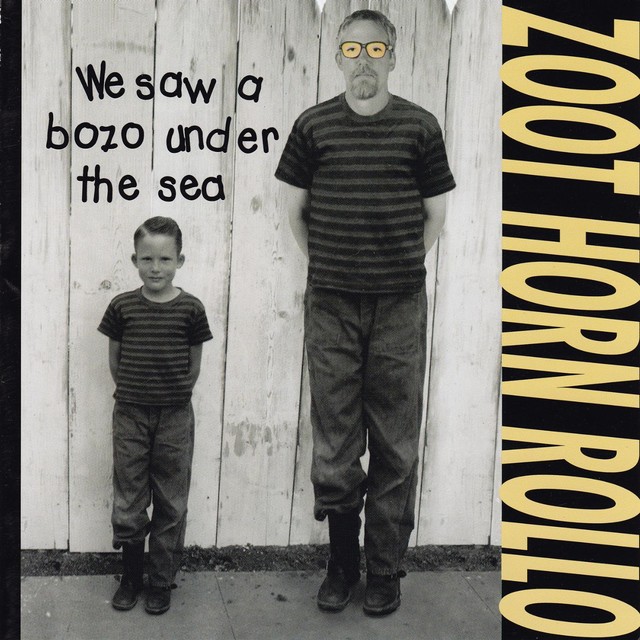 As one of two guitar men behind Captain Beefheart in the Magic Band and offshoot group Mallard, Bill Harkleroad has seen many a change in his thirty-plus years. As chronicled in his book Lunar Notes with Billy James, the acclaimed guitarist participated in the most fertile period of the Captain's career that resulted in that masterpiece of poetry and poly-rhythms: Trout Mask Replica from 1969. Since that time, Harkleroad's voice has been quiet, finally relocating to Eugene, Oregon to take up guitar teaching. His first solo album is an adventure series packed with the likes of blues, jazz, fusion, and many connecting points in between. With Greg Bendian (from Interzone with the Cline Bros.) and other guest players, the mode is one of guitar virtuoso of the same ilk as Waddy Wachtel unleashed on a Guitar Speak album of his own. "Elvis Beans" and "Dancin' with the Doorknob" show the leader's penchant for slide guitar and group interplay as well emphasis on sax unisons and spirited tempo changes. "Temporary Tattoo" shows the band strictly entrenched in Mahavishnu mode with violinist Brian Price matching guitar unisons atop a busy rhythm section. A studied Zappa-esque approach is taken with pieces such as "John's Eyes" which rely on cool vibes and an obtuse melody. Overall the album is a great welcome back for a competent player and composer. Highly recommended.