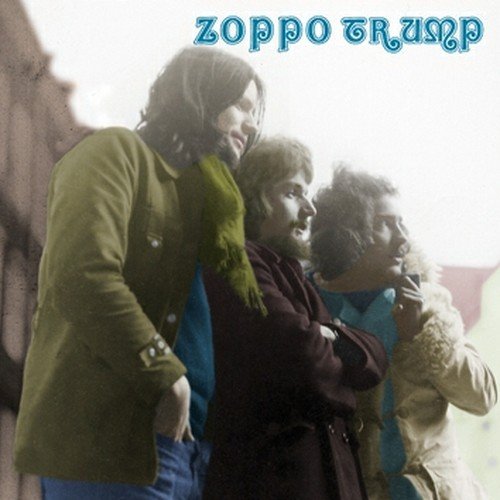 In the annals of German progressive rock, there are bands that are known by many, some that are known by a few, and some that unfairly never got their chance. Zoppo Trump is one such band. Their mix of inventive rock, strong jazzy moves, touches of classical and traces of bluesy roots with English vocals never got them a recording deal in their day. A four-piece, the band's main composers in their prime period were multi-instrumentalist and singer Ferdi Eberth and drummer Nicky Gebhard, while Thomas Laleicke played bass, and guitarist Ulrich Beck feature on the five tracks recorded in 1972 that could have been the band’s long player. In addition, two early cuts recorded in '71 (minus Beck), and two from '76 that appeared on the Scena Westphalica sampler LP (the latter feature only Eberth from the vintage lineup) are also included, all presented chronologically. The volume changes on the earliest recordings are a bit off-putting, but the playing is excellent, and by the third track (the first from the '72 set) the sound is much better. On many of the jazzier cuts featuring Eberth on saxes, one might be reminded of the British band Blodwyn Pig, though his guitar playing recalls many other excellent players of the same period. The two tracks by the '76 band are also quite formidable, with new keyboardist Martin Buschmann featured prominently, by which time the band had moved further into jazzy directions, occasionally reminiscent of Camel. A great set by a band sadly overlooked in their day.

Outer Limits - Misty Moon – Musea continues to unearth the most unknown and rare albums from the annals of obscure progrock history. Outer Limits were a pretty original Japanese band from one of the darkest times in prog...  (1999) » Read more